The men and women who served our country in WWII earned a special consideration for their age group. “The Greatest Generation,” as coined by Tom Brokaw, are folks who survived the Great Depression and later just happened to save our way of life! As someone who eked into Baby Boomer status (b. 1960), I always felt a bit inferior to my parent’s brand simply because our era’s trials were so less severe. We were never really tested to the same serious degree and honestly never acted as a whole towards any issue since WWII. Witness how divided our country is concerning the current Covid-19 solution’s battle.

Every new wave of burgeoning youth has to find its way. Is it at all productive to even rank them? Probably not, but I hope younger and future Americans can still glean a purposefulness from Baby Boomers beyond feeding capitalism. I know my age group seems lodged in the midst of a social paradigm shift. BB’s have shown restraint with Millennials or Gen. Xers like my cycling friend Brendan, who spouts “Okay Boomer!” dismissively whenever I offer an experienced opinion. Plus, we’ve also had to survive our elder’s stories that begin with: “Well back in my day we handled such and such this way…”, cue diatribe! And so it goes…

We Boomers have made our mark on the world a bit differently than our parent’s group. Trying to give voice and ultimately accolades to age groups now requires acceptance of a present-day democratic society that sets out to tackle America’s pursuits on a seemingly slower (yet surer?) path. It’s an evolved country with less dire circumstances hence an appropriate grading curve in which to judge my generation’s character should be allowed. As we were handed a victorious America, it has primarily been our colossal task to “grow” it properly.

Technology and Social Justice Reform are just two of the fluid areas we have dutifully and admirably addressed if one is scoring at home. Oh yeah, we might question our worth comparatively, but we are known to be a competitive bunch too. Scoring counts with us, and there are no participation awards in our circle! We deserve credit for nurturing Rock and Roll, transforming professional sports, and sea-changing communications. Our entire culture doesn’t hang in the balance today because of foreign threats, so our strides are perhaps viewed as less heroic, but we are not idle!

Ultimately, I hope the sacrifice and fortitude of “TGG’s” America can be matched by the BB’s effort to successfully apply our predecessor’s shared values and best practices now to all of the challenges before us. One may argue our current situation to be critical enough to measure equally our responses if we acknowledge Russian subterfuge and political extremism (The Kardashians?) when judging our effort compared to “TGG’s mighty defense.

Our present foes are a bit more concealed, yet our clear choice has been to remain proactively focused on safeguarding our America despite the differing voices at the table. Though pragmatic, I believe we should be seen as a generation that linked these voices from the fans of Sinatra/Elvis to MJ/Bieber? (oh my!) by being strong enough to give merit to the perspective of those that have come before and after us. Say what you will of styles, but each of those artists successfully made/make plenty of Americans feel good and advanced music. Variations positively shape us. Boomers have truly shepherded in an about time of inclusivity in many cultural areas to be better and broader as a country.

Boomers continue to try and sacrifice the ease of Zoom and automobiles by making sure face-to-face collaborations and exercise are enacted and valued. We can still continue to stoke the computer age’s fire without forsaking wellness and nature. We must be known to jump in and master the grid but jump off to breathe in humanity too. A good balance between technology and a healthy, loving society should be our goal and maybe our legacy? We Boomers are soon to be the oldest subset around, so it is time to power up for the stretch run to our glorious identity! What is still available to us is to aspire to be the ” Next Greatest Generation?!”. Is that domain name taken? I’ll google it after my bike ride, just itching to outrace that smug Brendan today! 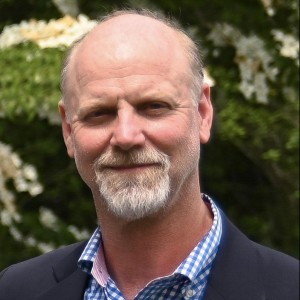 John Hughes hails from Wilmington, Delaware. He has lived throughout the Mid-Atlantic and New England in his 35 years working in the Commercial Furniture Industry. He remains an active parent of 2 children in their twenties and enjoys running and golfing.

1 thought on “You’re A Okay Boomer”

Lost in America? Good For You!

Thanks for Sharing, America!?

Building A Library In Your Bungalow or Cottage

4 Tips to Maximize the Sale of Your B&C

Forbearance Numbers Are Lower than Expected

Have You Ever Seen a Housing Market Like This?

Is It Time To Move Into A Single-Story Bungalow?

4 Keys To Order In Your Bungalow Or Cottage Bath

5 Easy Tips To Save On Your Bungalow And Cottage Electric

4 Ways To Maximize A Cottage Closet

Getting Rid Of Cottage Basement Clutter

Connect with your local B&C expert to find, understand, and secure your next dream home. We’re here!

*By proceeding, you consent to receive communication at the
number you provided, and email, from bungalowsandcottages.com and
real estate professionals and their network of service providers about
your inquiry and other home-related matters. Msg/data rates may
apply. This consent applies even if you are on a do not call list and is not
a condition of any purchase.

Karen covers the Portland Oregon Market for Bungalows and Cottages from Beaverton and West Portland to the North and Northeast neighborhoods.

Chris covers the Tamp Florida Market for Bungalows and Cottages from Hyde Park, to Ybor, Seminole Heights, Historic Kenwood, and all around town.

Jen covers the Austin Texas Market for Bungalows and Cottages from Downtown, to Old West Austin, Chestnut, Travis Heights, Rosedale, and all around town.

Peggy covers the Orlando Florida Market for Bungalows and Cottages from Colonialtown, and College Park to Winterpark, and Thornton, and all around town.

Will covers the East Los Angeles Market for Bungalows Cottages.

Mike covers the West Side Los Angeles Market for Bungalows and Cottages.

Fill in your BnB details and we’ll review it for addition to our growing map of Bungalow and Cottages BnB’s.

Anne covers the Los Angeles Market for Bungalows and Cottages along the south city side and LA’s southern coastal areas.

Realtors® Fill in your details to join our growing exclusive B&C Lead and Referral Network and we’ll get back to right away.